Posted by imp No comments:
Email ThisBlogThis!Share to TwitterShare to FacebookShare to Pinterest

@bbcthree in the commissioner's office to answer for a schedule that can only be described as the worst this side of Babe station?
— imp (@impsound) May 17, 2013

Posted by imp No comments:
Email ThisBlogThis!Share to TwitterShare to FacebookShare to Pinterest 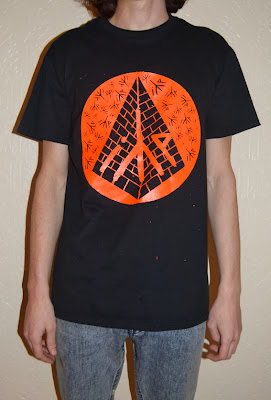 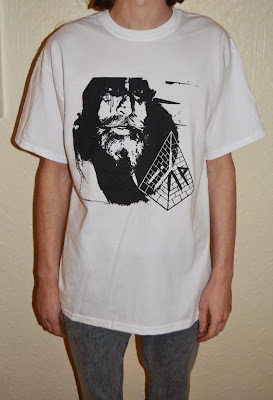 
OR GIGZ
Posted by imp No comments:
Email ThisBlogThis!Share to TwitterShare to FacebookShare to Pinterest

we wrote a track by track guide to the album, I dont think any one printed it so here it is.

it is neither informative nor is it vaguely interesting and I would strongly advise against reading it, don't say I didnt warn you. I didn't actually warn you but don't tell me I didn't. that said, you're your own man or woman and you must plough your own furrow, don't take advice from the likes of me, don't even that that piece of advice telling you not to take advice. just read it, or don't, do want you want or what I want you to do. do whatever.

Album guide pt 1. The beginning leading nicely up to the middle

High Tides - I had this great idea for a novel. It was about a washed up musician who had an idea for a novel. But having reviewed the plot, sober, I discovered it was the worst piece of shit ever and so ploughed some of my efforts into figuring out which track should be first on the album. Plus it seemed to cut too close to bone for some reason. This song was originally going to be track 14 but after literally weeks of unrewarded hard work and perseverance we decided to promote it to track 1. About half of the album was recorded by ourselves and the rest, about half, in a studio; this one was recorded at home. We record a lot of music ourselves we were keen for some of it to feature on the album even though we could've easily recorded a full album in the studio. Maybe even like 4 albums, yeh we could’ve done 4 albums if we wanted to.

Call of the Wild - this one featured on our previous ep but we decided to re-record it for no reason particularly, but we prefer this version as it features a new guitar pedal and Greenmount did well capturing the weird it gives to the leads parts. The title comes from a line in a Beach Boys book about Dennis Wilson, not the book by Jack London. Although I have heard good things about the Jack London book I have no immediate plans to read it.

Walter's Books - probably the oldest song on the album, maybe even any album. kind of encapsulates our DIY electronica sub-culture which runs through the whole record. lyrically it’s not about anything because there are no lyrics, but that kind of opens them up to the listeners own interpretations. The title comes from a friend who left me 400 books in his will.

Die! - another one recorded at home with the drums recorded at Greenmount. We put this in between two lo-fi electronica numbers to create a murky labyrinth inhabited by crudely recorded lo-fi dream-pop songs with this undulating grotesque in the middle, conducting affairs with it’s DIY hands made from Brian Eno’s disused notepads and Robert Fripps old guitar picks.

Gentle Riffs - recorded it after watching The Place Beyond The Pines. it always reminds of that film now. eventually has that kind of bitter sweet feel to it too. one person asked me how I did it but this track by track album guide isn't the place for things like that. its a kind of mid-album outro as the album now leaves the melodic lo-fi zone we made you listen to before the rest of it.

pt 2. The selection of songs for the middle and end of it

Wild China - we were never sure about this one, we changed the structure exactly 7 or 8 times. eventually we were asked to trim it into a radio edit and made that cut in to the album version. we had additional build ups, different intros and a bass solo loop which we liked but in the end it was all scrapped for the good of radio and music everywhere.
Soul Destroyer - despite the first line this song isn’t about rape.

Moon Coastal Maine - decided to put a solo at end. stuck with it. recorded first take. everybody ecstatic and high fiving for ages.

Salad Days - chill out mix Ibiza '99 but on ketamine and booze.

AirWaves - there was a middle bit in this song that was terrible. so we changed it one day, just re-recorded the whole part. probably now the best thing about the song and maybe the album, maybe even any album.

Slush Fund – a dark misty hue decended into the studio somehow. I think someone left a door open and a Yorkshire fog got in. We managed to record the sound of this weird mist and then we slowed it down and put 9 tracks of pan pipes on it. needless to say it sounded good but unfortunately the recording was seized by the Perurian government and we were forced to try to recreated the track using conventional instruments. needless to say we fucking nailed it; everybody was jubilent and high fiving for absolutely ages.


Zona de Bahnos - an instrumental song named after a sign in south Portugal. Unfortunately it means 'bathing zone' although originally we understood it to mean 'beach zone'. After something happened which inadvertently revealed the true meaning, the disappointment in the camp was tangible. despite this, we decided to keep the song on the album. the original non lexical vocal track was extracted, spliced up, reversed and eventually regurgitated back onto the track; vomited back up and pasted crudely onto the track. needless to say it was a vast improvement.

RIPMK - Mad Keith(Gary Hodgekiss)was a local drug addict and possible villain, he had a goat skull nailed to his wall and a set of oversized false teeth. He went missing and the next time we saw him he was being carried out of a house in a body bag. The songs dedicated to him.


hope you enjoy the album as much as I have writing this about the album. high fives.
Posted by imp No comments:
Email ThisBlogThis!Share to TwitterShare to FacebookShare to Pinterest 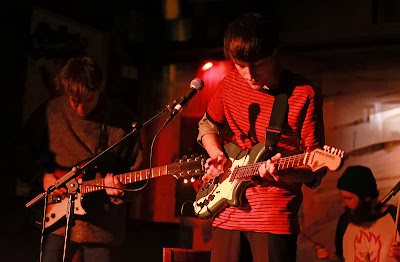 a fierce storm was slamming. at least three people were injured whilst braving the harsh large. their determination bested. had they have been well-wrapped, a reward of sweet meats (with an excellent array of condiments) and even sweeter rock would have surely soul soothed. Tiny Planets new jams sounds like explosive POWERJAZZ, man. Ghost Orchid laid dark sways. this same night, our first chance glances of the CD relic: a high priest rushed to condemn, for all to mull over within the circulated parchment. and then to battle...

the battle scene kindly being guest directed by God Is In The TV.


Posted by imp No comments:
Email ThisBlogThis!Share to TwitterShare to FacebookShare to Pinterest
Older Posts Home
Subscribe to: Posts (Atom) 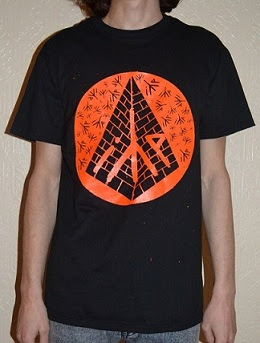 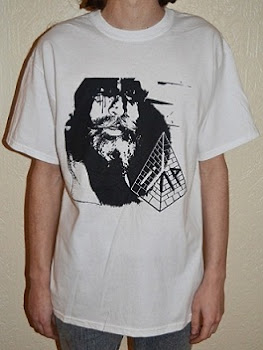